Don’t Want To Get Old And Feeble? 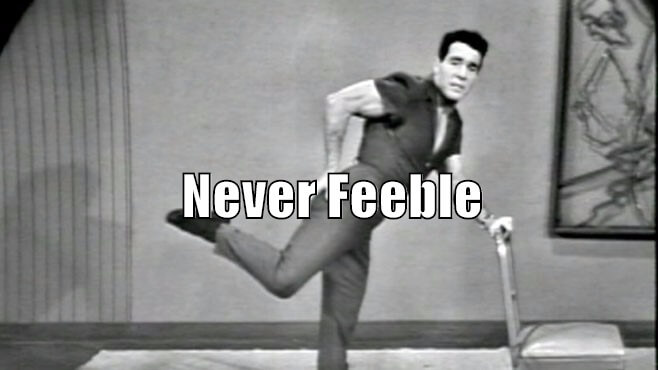 I have noticed that when observing someone who appears to be feeble that the first tell tale sign is an unsure shuffling walk. Also too, it would seem an overall look of dismay as if to say: “It’s possible I may fall over at any moment!” Given what we can all see with our own eyes it’s amazing how many of us have a complete aversion to exercise. How many people do you suppose don’t even realize just how good you can really feel? I’m talking about mentally! Most people don’t understand that’s where the real payoff is. There are so many great options out there. I was just watching a Zumba infomercial over my morning coffee and I was like: “Oh Hell Yeah!” The most common reaction, by those who are sedentary, to my 30-year avocation of triathlon is that it is proof of my dementia. Turns out it may be my inoculation against it.

A recent study might support the view that those who thought triathletes crazy were wrong. We may be in better possession of our faculties than most of our cohorts, especially as we age. Don’t Get Feeble and Your Brain Will Thank You

The evidence was published last month in the journal Gerontology. Researchers at King’s College London demonstrated that leg strength is tied to an improvement in brain function as we age. Culling subjects from the TwinsUK volunteer registry, scientists studied 324 healthy female twins aged 43 to 73 (average age 55) over a ten-year period. Various markers were analyzed, but the strongest predictor of late-age brain function was leg power measured at the onset of the study.
Leg power was chosen because answers to questions about physical activity are found to be less reliable than simply measuring fitness or, in this case, an estimation of it. In other words, it wasn’t leg power specifically but exercise that was studied. Leg power was used as a proxy for exercise, because those who answer questions about their exercise habits don’t answer those questions reliably enough for the purposes of a study.

Using identical twins means researchers don’t need to account for genetic differences and differences in early-life environments. The twins with greater mean leg power as measured at the beginning of the study scored better in thinking, learning, and memory at end of the study.