From chunk to hunk — obese dog loses half his body weight 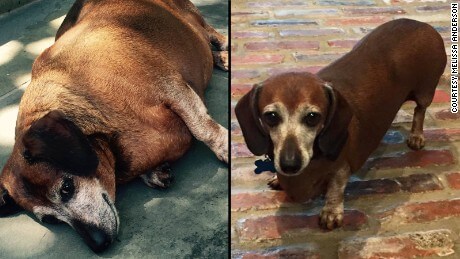 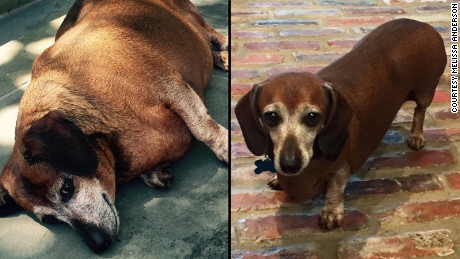 (CNN)Humans aren’t the only ones who can have successful weight loss stories.

Eight months ago, a 7-year-old obese dachshund appropriately named “Fat Vincent” tipped the scales at 38 pounds. He was very unhealthy and depressed. He had just been surrendered over to a county animal shelter after his owner had died.
He could barely walk, had high cholesterol and his back dipped from the extra weight, putting him at risk of nerve damage. 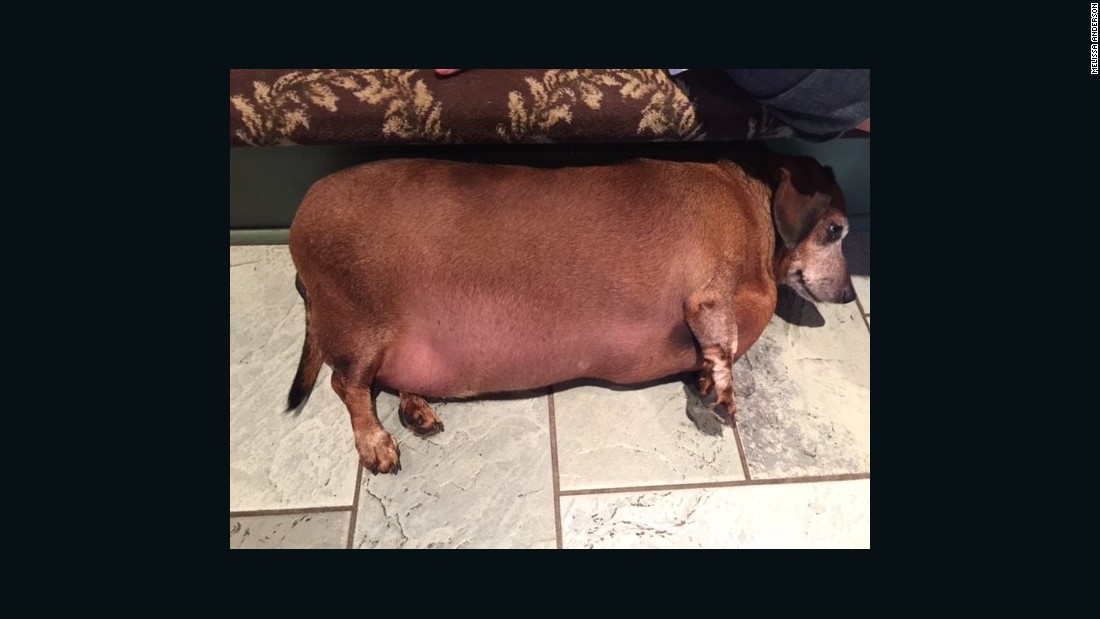 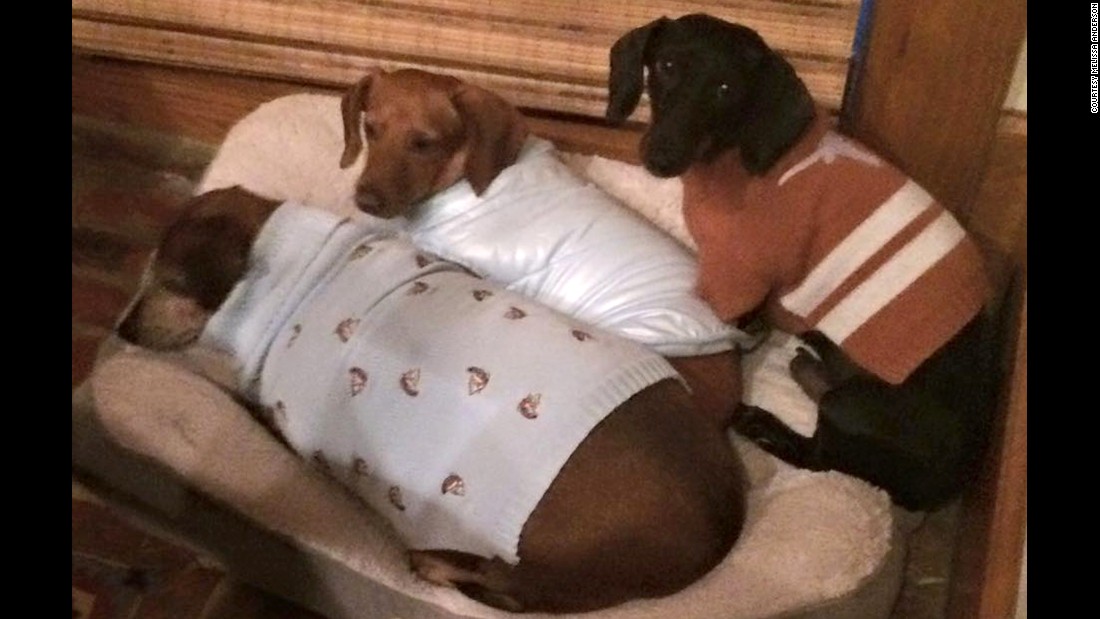 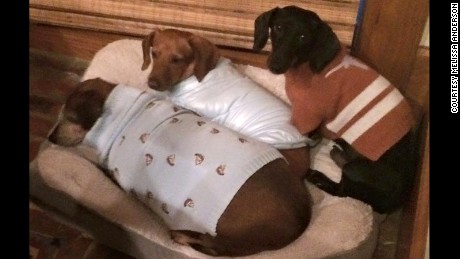 In 2014, an estimated 52.7% of U.S. dogs were overweight or obese, according to the National Pet Obesity Awareness Day Survey. The ideal weight for Vincent was calculated to 16.8 pounds, so he had a long way to go to hit that goal.
There were weekly weighs-in that didn’t prove successful, and at one point he hit a plateau. But with the help of his foster mom, Melissa Anderson, and his vet, he was able to power through and lose the weight.
7 ways to make an impact on homeless pets
He even picked up a sponsor on his fitness journey. Sharon Anderson sells Royal Canin, a specialized dog food brand, at her clinic. When she called her sales representative and told them Vincent’s story, they agreed to help him on his mission to get trim.
Trying to find out ways to help him exercise, Melissa Anderson used the pool to start him on a water aerobics regime. The water aerobics helps take pressure off Vincent’s strained joints.
When the weight started melting off, his ability to participate in longer walks increased. Today, he walks about an hour five to six times a week.
“He loves his walks,” said Melissa Anderson. “He waits by the door after breakfast every morning.”
Besides losing weight, he has also lowered his cholesterol reading from 286 to 166. Average health range is from 125 to 270, according to Sharon Anderson.
His whole demeanor has changed as well. “He is the sweetest, funniest, happiest guy now,” said Melissa Anderson.
Eight months ago “Fat Vincent” tipped the scales at 38 pounds, he was unhealthy and depressed. Today, Vincent weighs in at a lean 17 pounds.
Since his story was published in September, Vincent has become a pet celebrity. He was featured on many media outlets, had his photo in People Magazine and was invited to be the race starter for a Strut Your Mutt dog walk that benefited Best Friends, a national advocacy group for shelter animals.
Vincent’s weight loss challenge isn’t over. He still has a pound and a half to reach his goal weight. But once he does, he will be ready for adoption.
“The perfect home will continue his daily walks and the monitoring of his food,” said Melissa Anderson. “Most important is having lots of love to give!”
Follow Vincent’s journey to adoption on his Facebook page: Fat Vincent of K-9 Angels Rescue Houston